A Time and a Place 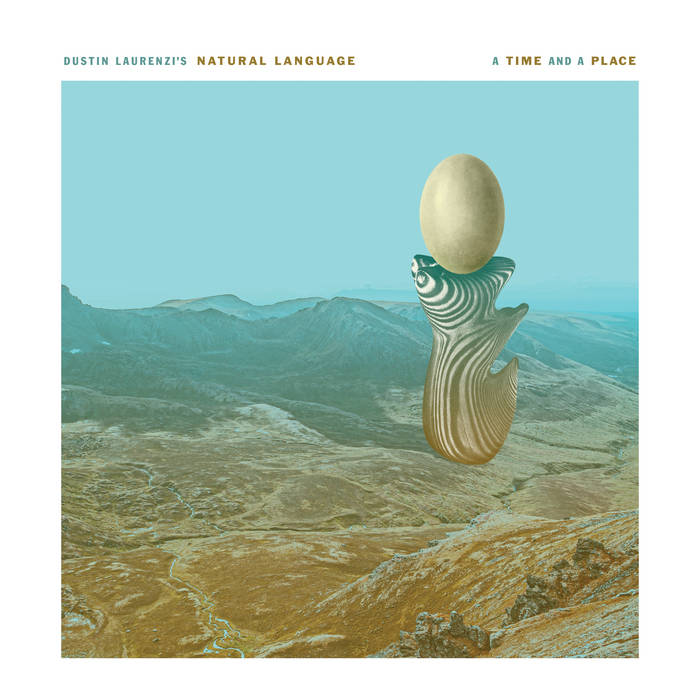 Celebrated tenor saxophonist Dustin Laurenzi presents his latest release, A Time and a Place, the impassioned follow-up to his 2016 self-titled album with his quartet of esteemed Chicago-based musicians, Natural Language. The release, out October 6th on Woolgathering Records, embodies the unbridled invention and cohesiveness that are such large components of this quartet’s sound. Alongside Laurenzi, Jeff Swanson provides harmonic accompaniment and support on guitar, while bassist Mike Harmon and drummer Charles Rumback make up the groups steadfast rhythm section.

A Time and a Place was recorded at John Abbey’s Kingsize Sound Labs in Chicago on June 27, 2019. The recording is a stunning document of what was, at the time, a fresh set of material for the ensemble, which lends to the fresh, exciting atmosphere captured on the tracks. As noted in the album’s liner notes, “Natural Language plays in a way that blurs together varied musical vernaculars, with a pulse that is fluid and rubato. Melodies playfully flow between composed and improvised, with moods shifting from serene to stormy, meditative to mischievous. The sounds of this record are deeply tied to the ‘where’ and ‘when’ of their creation and development. A snapshot of Chicago, pre-pandemic, through Laurenzi’s abstract lens.”

The album begins with “Mantra”, a song which the band has been playing for several years and is now dubbed as a Natural Language “standard”. The track begins with an ostinato guitar-bass pattern and eventually unfolds into a complex composite of shifting harmonic and rhythmic cycles which the bandleader improvises in, over and around. The second track, “Albert”, was written with the great saxophonist Albert Ayler in mind. Laurenzi notes “I have learned a lot about music from listening to Albert Ayler… I wanted to try to capture some of the energy I felt from his music and let it come out through Jeff, Mike, Charles, and me. The end of the track is a nod to the bugle call melodies on Ayler’s album Love Cry.

“Ridgeway” is a resplendent piece focusing on a rich melody. Laurenzi notes, “Thinking about some of my favorite jazz composers (Monk, Motian, Coleman etc), melody tends to be at the forefront, they’ve clearly considered what’s really important in their music. It’s like they’re dealing with really high quality raw materials and using them with reverence.” This track in particular captures this notion, particularly towards the end of the melody when the guitar and saxophone are doubled. The piece features transcendent solos by Harmon and Swanson.

Speaking to the deep, soulful interplay on this album, “Blocks” sees the ensemble playing as one, in an almost unprecedented fashion. Built on the concept of Coltrane changes, the piece traverses through a dense harmonic landscape in rubato. The group moves together with ease, like one organism. The composer floats above the harmonic complexity with finesse, showcasing his immense acuity for melodic invention.

The release concludes with “Slate”. Named after a DIY art space in Chicago, the piece is built around a drone and a long, rubato bass/guitar unison line. The piece beautifully explores stark density changes and features an awe-inspiring improvisational flight from Laurenzi as well as textural musings from guitarist Jeff Swanson. A Time and a Place ends on a gorgeously ethereal note, with rubato and metric modulation as well as textural and density exploration, the album challenges the notion of what time and place may mean within a musical context.

More About the Artist:

Chicago saxophonist Dustin Laurenzi has developed a distinctly personal approach to improvisation and composition that has garnered the attention of the city’s creative music community. Recognized for his “offbeat approach to articulating harmonies and constructing melodies” (NextBop), Laurenzi’s music is inspired and informed by jazz, folk, and improvised music traditions. His inventive improvisational sensibilities have made him a sought-after musician in many circles of Chicago’s vibrant music scene.

Laurenzi has been a leader/co-leader of his own projects, Twin Talk, Snaketime, and Natural Language, as well as a member of Matt Ulery’s Pollinator, the Quentin Coaxum Quintet, and Katie Ernst’s Little Words, among others. He has released several albums featuring his original compositions, including Twin Talks’s 2019 release Weaver (37d03d), praised by PopMatters as “inventive and exhilarating.” Most recently, Laurenzi released Snaketime: The Music of Moondog (Astral Spirits/Feeding Tube Records), featuring an octet of Chicago’s leading improvisers interpreting music by the iconoclastic street musician, poet and composer.

Laurenzi has toured extensively with Grammy award-winning artist Bon Iver, with performances at Coachella Music Festival, Primavera Sound, and the Hollywood Bowl, among others. He also appears on the band’s critically acclaimed 2016 release 22, A Million.

Laurenzi earned a Bachelor of Music in Jazz Studies from Indiana University’s Jacobs School of Music in 2011. He has performed/recorded with Jeff Parker, Marquis Hill, Makaya McCraven, Jeremy Cunningham, Bon Iver, Japanese Breakfast, and This is the Kit, and has been featured at the Chicago Jazz Festival, the Hyde Park Jazz Festival, and the Kennedy Center.

“Laurenzi has already achieved one of the toughest things to do in jazz without overdoing it: a genuine presence.” - Chicago Reader

Recorded by John Abbey at Kingsize Sound Labs
in Chicago on June 27th, 2019

Art and design by David Woodruff